Juan was born in the small town of Despatch, about 30km from Port Elizabeth, South Africa. His love for diving can be traced back as far as 1980 when during the great flood of that year Juan was snorkelling in the back yard under the orange tree whilst his parents were evacuating their home. In 1993 he completed his first SCUBA course. In 1994 he received his Bachelors degree from the University of Port Elizabeth.

The sea always beckoned and in 1999 he became a PADI Dive Master. In 2000 he successfully completed his NAUI Instructors Course. He went on to complete his skippers’ course in 2002 and his PADI Open Water Instructor course in 2004. Juan has to date more than 3000 hours in charge of a vessel and has done more than 2000 dives on the reefs of Port Elizabeth. For all the years spent diving, it was only after he bought his first underwater camera that his passion for all the livings creatures in the sea started. Whilst diving with camera in hand looking for that “perfect shot”, his curiosity was sparked by all the small ceatures he’d not paid attention to before.

Trying to identify them led to frustration, due to the lack of published information on the reefs and its inhabitants along the Port Elizabeth coast. This was the motivation for the development of www.easterncapescubadiving.co.za. Juan has done numerous dives abroad and along the South African coast but considers Port Elizabeth his favourite dive spot due to the diversity of the reefs. He is now a qualified RAID Instructor as well. 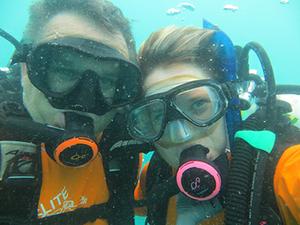 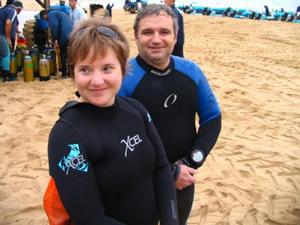 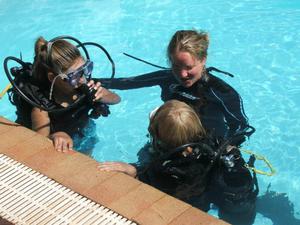 Evania was born in Roodepoort and lived there till the age of 19 where she moved to Port Elizabeth to start her degree in marine science at UPE now Nelson Mandela University. While she was busy with her degree she would notice divers entering the ocean, and knew that was what she wanted to do as well, to explore the unknown. Once she went under she did not want to return to land…

While studying and working as a Scuba Instructor  she still found the opportunities to explore the reefs of Port Elizabeth. She became especially fascinated by the Nudibranchs she found on the reef. Since 2007 she has been specializing in these animals focusing on their distribution and identifications. She motivated others as well to look for these amazing animals. She now has a large database of Nudibranchs found in Port Elizabeth-  over 50 species, and are still finding new species! She has been giving numerous presentations to create awareness of Nudibranchs and all the secrets PE reefs hold. She also produced a DVD;Nudibranchs of Port Elizabeth. She collaborated with Juan and Johan to create the easterncapescubadiving.co.za website in 2007